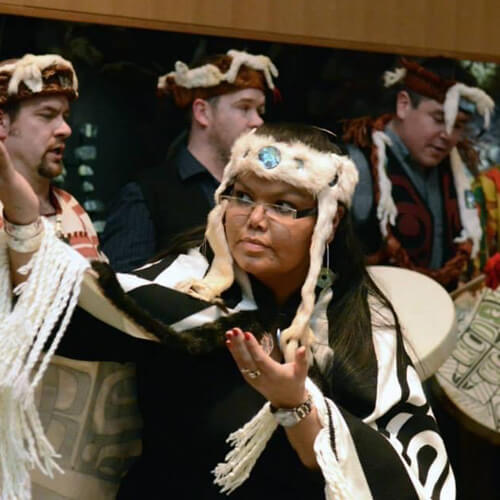 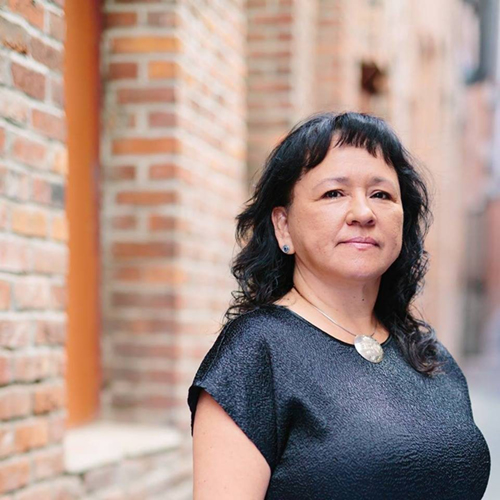 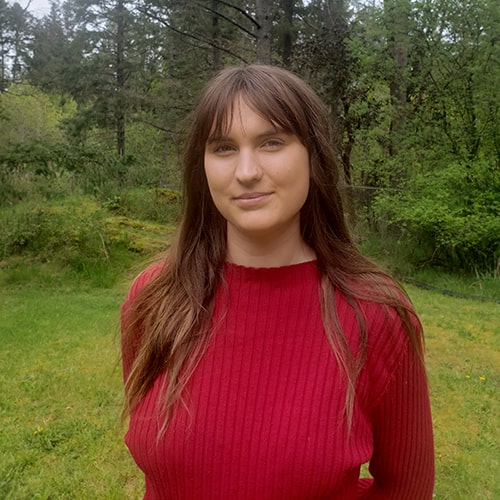 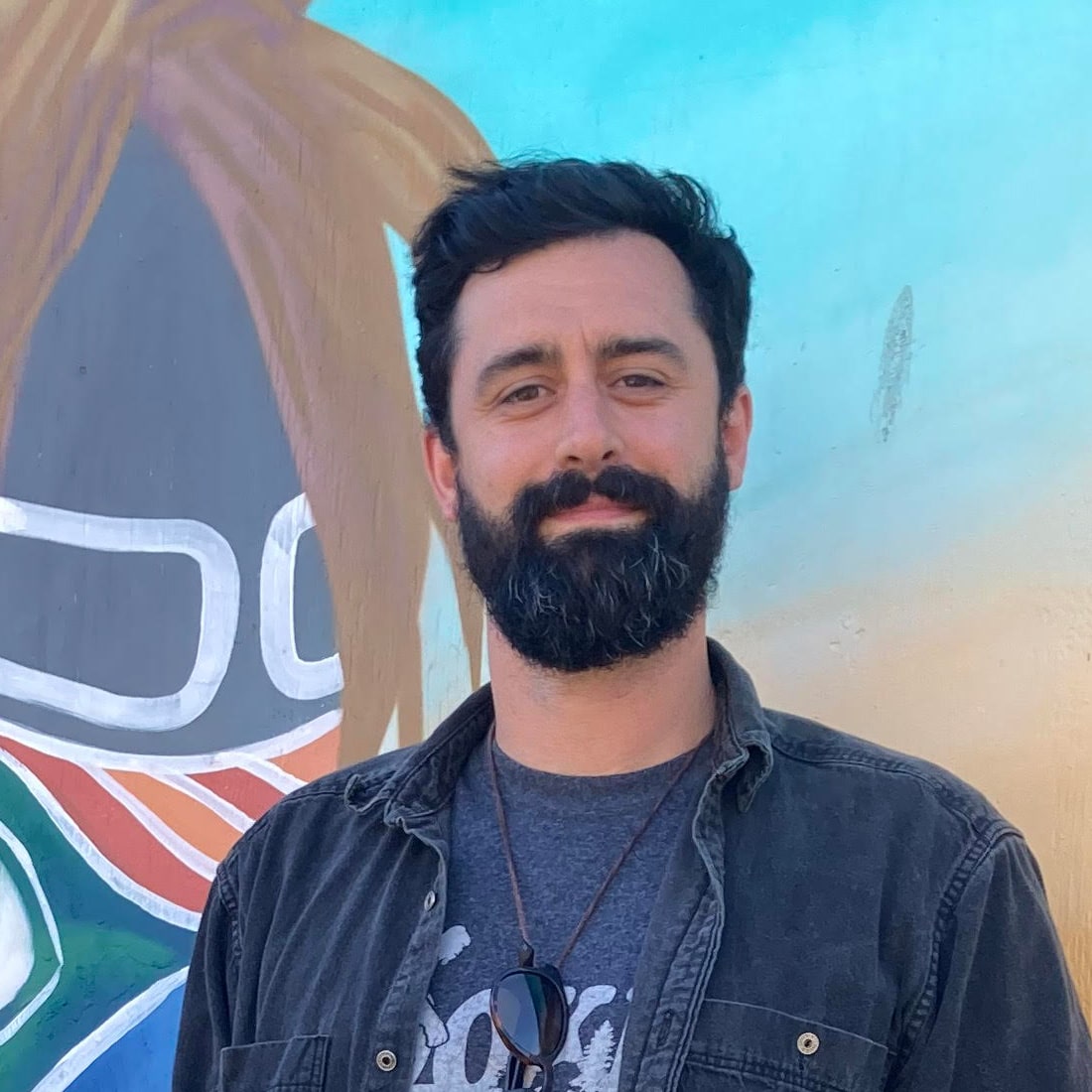 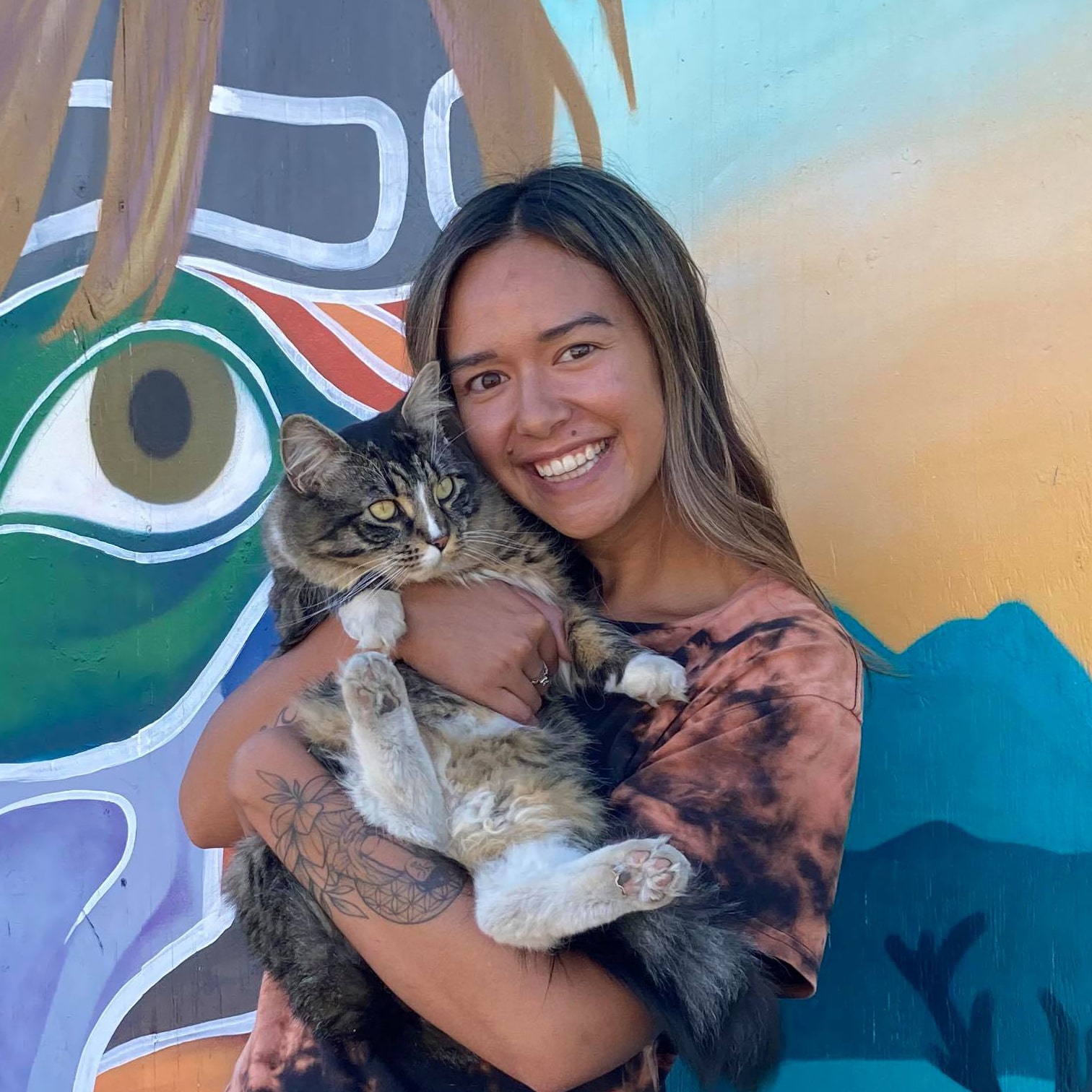 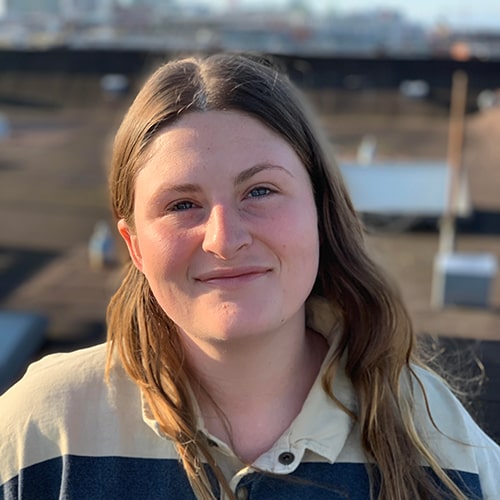 Coreen Child carries the ancestral Kwak’wala name Yakawilas, ‘a place where property is given’. She is from the Kwakiutl (Kwagiulth) First Nation on northern Vancouver Island and is a descendant of many high-ranking Kwakiutl chiefs and families tracing her lineage back generations to the origin places of her ancestors. She currently lives with her partner Musgam’dzi and their three daughters in W̱SÁNEĆ territory near Victoria, BC.

She carries a diploma in Indigenous child and youth care, a diploma in language revitalization, as well as a Bachelor of Education degree with a specialization in Kwak’wala language learning. She has served multiple and consecutive terms in service to her Nation as an elected counsellor and chief. Coreen continues to advocate for Indigenous communities and families serving on many boards and committees that include the Minister’s Advisory Council on Indigenous Women as Co-Chair. She has been a member of the BCAFN women’s council, First Nations Technology Council of BC, Union of BC Indian Chiefs’ All Chiefs Task Force on Children and Families, First Nations Education Council for School District 85, and the U’mista Cultural Society.

Coreen is committed to all aspects of advancing Indigenous rights and community advocacy; working in professional roles for Camosun College, University of Victoria, Sacred Wolf Friendship Centre, Kwakiutl Nation, Tsawout Nation and School District 85, Vancouver Island North. Yakawilas currently serves as the Executive Director to the Aboriginal Coalition to End Homelessness in Victoria BC, and is the sole proprietor of her own business, Coreen Child Consulting. Coreen is renowned for her many gifts of traditional knowledge, dancing, singing and teaching, and continues to play an active role as a cultural leader and educator amongst the Kwakwaka’wakw communities.

Fran has over 20 years experience in senior management and direct engagement working with Indigenous peoples. Her areas of expertise include Indigenous adult and post-secondary education and training. Fran was the inaugural Director of the Office of Indigenous Affairs at the University of Victoria. Fran is also an entrepreneur and currently owns a consulting business, Hunt-Jinnouchi Enterprises. She has a Bachelor of Social Work, a Master of Adult Education and has completed the course work for a Doctorate in Philosophy in Educational Psychology and Leadership. Fran is passionate about social justice and has dedicated her life’s work to Indigenous community capacity development.

Brielyn Ramsey is of settler ancestry and was born and raised on Coast Salish territory. She has worked closely with the Executive Director since 2017 and has been instrumental in helping to grow the Society over the past few years. She is passionate about giving back to the community and strongly believes in the work and approach of the ACEH. Brie holds a Legal Office Certificate, Diploma in Office Management and BA in Justice Studies. In 2019 Brie transitioned into this new role from Executive Assistant to supporting the opening and on-going delivery of SpeqƏȠéutxʷ House, the culturally-supportive shelter, and the Indigenous Managed Alcohol Program.

Nikki Wilkinson is of Métis and Settler ancestry and is grateful for every opportunity to connect with the communities living here on the territory of Songhees and Esquimalt Nations. Her passion lies in being connected to Earth through growing food, land regeneration and focussing on food security and sovereignty for all. She graduated from the Permaculture Design and Resilient Ecosystems Diploma through Pacific Rim College in 2018 and now teaches growing skills through the school. She is so excited to be a part of the team and integrate her knowledge of plants, land care and food in every place she can.

Wade Hunt relocated to the Coast Salish territories in 2016 with the desire to become a better surfer. Since that time, however, he has somehow become less proficient at surfing. While his ability on a board has not progressed, he is grateful for the lessons he has learned out on the water in Nuu-Chah-Nulth territories.

Prior to his role at the Culturally Supportive House, Wade has worked full-time, for nearly four years, at a Health Canada exempted Safe Consumption Site in downtown Victoria. His interest in harm reduction practices and, more importantly, indigenous epistemologies, mutually arose following a transformative experience in Huilco Pamba (Vilcabamba, Ecuador) with the ceremonial use of entheogens. His sojourner experience across Andean communities, cities, and countries, years ago emboldened his interest in the spirituality and culture of First Peoples.

Wade carries both a MA and BA in Philosophy from Brock University, where his research focussed on the fields of Depth Psychology, Phenomenology, Environmental Philosophy, and Bioethics. In addition to his research interests, he is a songwriter. His career trajectory includes previous roles as a teaching assistant and research assistant. His family’s ancestry is English, French, Swedish, and Spanish, and he is grateful to reside on the traditional territories of the Scia’new First Nation and conduct business on the traditional territories of the Xwsepsum and Songhees Nations.